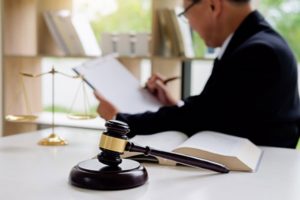 You’ve been rear ended on the highway, or you’ve fallen in a store and injured yourself.  You’ve gone to the hospital, followed up with your primary care doctor or have started chiropractic treatment.  Maybe you’re getting better, but not 100% there yet, or your pain is still as bad as the day of the incident – How much time do you have before you need to file a lawsuit?

After exchanging information at the scene and seeking medical attention – speaking to a personal injury lawyer should be one of the first things you do after you are injured in an accident.  Dealing with insurance companies, compiling medical records and police reports, interviewing witnesses and preparing your case are time consuming and complicated. The right attorney can take a lot off your plate and allow you to focus on your recovery.

A negligence case has a different statute of limitations than a medical malpractice case – and if the party that injured you is a government or public entity there is a different process altogether.   Below are some common deadlines for cases where personal injuries are involved.

In California, the statute of limitations on most personal injury cases is two years from the date of your injury.  California Civil Procedure Code § 335.1 provides that a case for “…injury to, or death of, an individual caused by the wrongful act or neglect of another” must be filed within two years.  If you allow the second anniversary of your injury to come and go without having filed a lawsuit you will not be able to successfully sue the person who injured you, and will not be able to recover anything in compensation for your injuries.

Two years is usually long enough to determine what direction your medical treatment is going – whether you will get better through physical therapy or other conservative treatments or whether your medical provider recommends surgery or other more aggressive intervention.

If you have not finished treatment and your statute of limitations date is approaching – you need to file the lawsuit.  It is fairly common for cases to be filed while an injured party is still actively treating- and a well prepared attorney will know how to handle new diagnoses and new treatment plans that come about while the case is pending in court.

Two years sounds like a long time – but this doesn’t mean you have time to waste. Preparing and filing a personal injury lawsuit – whether it is a relatively simple rear end accident or a more complex products liability case – takes time to do right.

Cases Against Government Entities: Six Months to File a Claim

Often referred to as The California Tort Claims Act or the Government Claims Act – the law grants people the right to sue public entities, but only if they follow a strict and specific set of rules first.

If you have been injured as a result of a dangerous condition on public property, or as the result of negligence of a public employee – you must file a claim with the public entity that injured you no later than six months from the date of your injury.  Failure to file the claim within six months (with very few exceptions) will lead to you losing the chance to pursue your case.

Some examples of claims against a public entity:  a car crash involving a police car or city bus; tripping on an uneven section of city sidewalk; slipping on water allowed to collect on the floor of a state university building; getting into a car crash because of a negligently designed or poorly maintained Caltrans road.

Sometimes it can be difficult to tell if you are dealing with a public entity – that is why it is important to speak to an attorney with experience in government claims soon after your injury.  It could mean the difference between getting compensated for your injury and being prevented from pursuing a case due to a missed deadline.

After the public entity receives your claim they have 45 days in which to accept or reject it.  If they reject your claim (which is almost always the case) – you then have six months from the date of the rejection in which to file a lawsuit.

Medical Malpractice: One Year to File Suit (Must Give Defendant 90 Days’ Notice Before Filing)

California Code of Civil Procedure section 340.5 states that “In an action for injury or death against a health care provider based upon such person’s alleged professional negligence, the time for the commencement of action shall be three years after the date of injury or one year after the plaintiff discovers, or through the use of reasonable diligence should have discovered, the injury, whichever occurs first.”

Like all areas of the law – medical malpractice is complex and highly technical.  You should speak to an experienced attorney as soon as you suspect you have been injured by a healthcare provider’s professional negligence.

As you might imagine – things get more complicated and you have to keep multiple deadlines in mind when your are dealing with a combination of case types – for example if you are injured in a car accident with another person and are taken to a hospital run by a state university where your injury is made worse by the negligence of a medical provider.  An experienced attorney can sort through the facts of your case and keep you on the right track to a timely filing and resolution of your case.

This blog post doesn’t cover all the possible deadlines, statutory or otherwise, that might affect the outcome of your case. There are various exceptions that can work to extend the time in which you can file a lawsuit – but it is best not to rely on any of these protecting you from the deadlines you are facing in filing your lawsuit.  If you have been injured, you should speak to an attorney right away.

WHAT CAN I DO FOR YOU?